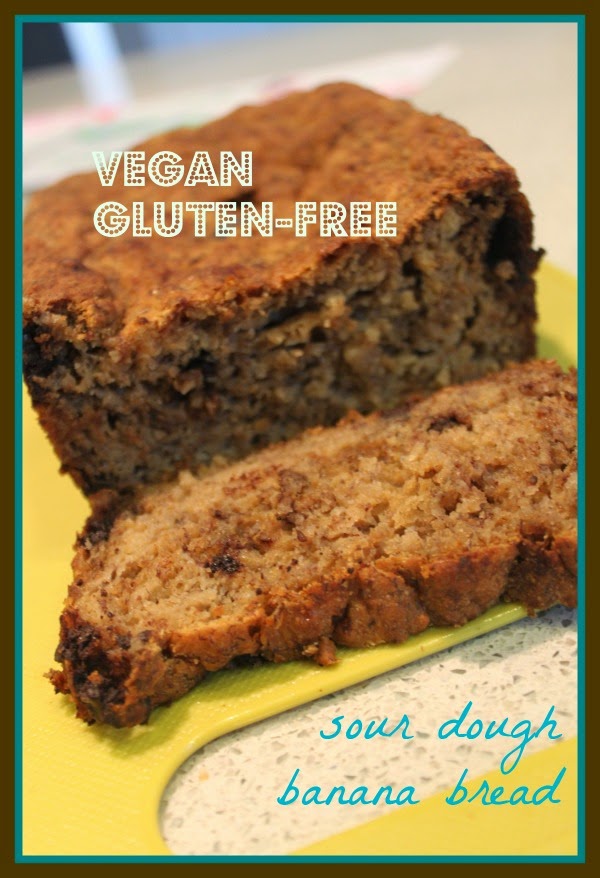 Hey Folks,
I'm finally back with a recipe. I've actually been cooking, baking and fermenting up a storm. But I'm kinda out of the habit of documenting my kitchen adventures so many of my experiments have been lost, never documented, so never to be repeated. In some cases that's not a bad thing - there have been some epic fails as I learn how to make and use GF Sourdough starter. But there have been some real winners...this one I HAD to share.

This recipe is going to call for my two new loves - gluten-free sourdough starter and water kefir. I'm sure I'll lose some of you there (no worries - I wasn't familiar with either a few months ago). Unfortunately I haven't documented how I've made either of these. Yet. Sorry - that will have to be a future post but there is LOTS of good information out there so just do a goggle search and start experimenting yourself. That's what I did.

For those of you that already have a batch of GF sour dough starter going (or regular flour if you don't much care about being gluten free) this is great recipe to use up some of that extra starter.

All three of my kids LOVED this bread. I can't have banana's - sigh - but I was quite giddy about how much this bread rose and the texture. Weird things make me happy. After almost 3 years of GF baking this is by far the fluffiest bread I have made.

I did have a cheat. To make sure it was edible. It was. So then I had another cheat. I'm going to pay for that.

Just for the record, I'm introducing fermented foods into our diets to try to increase my intake of food based probiotics (my IBS was on a rampage this winter even with a probiotic supplement) and improve the digestibility of some foods. I've even re-introduced some gluten free grains since the fermentation process helps pre-digest them and so far, so good.

I'm experimenting with all kinds of things these days - FODMAPS diet, water kefir, raw potato starch, L-Glutamine, sour dough, fermented vegetables - so watch for some new recipes and updates on how much better I feel.............or how I overdid it and really buggered up my system. LOL. Hopefully its the former not the latter! Happy baking!

by MamaChanty
Prep Time: Varies
Cook Time: 1 hour
Keywords: bake dessert bread breakfast snack vegan gluten-free gluten-free flour oats banana sour dough starter
6072375
Ingredients (1 Loaf)
Instructions
I just threw all the ingredients, with the exception of the chia egg and baking soda, into a mixing bowl. I used my hand mixer to mix until fully combined.
I then let it sit on the counter (covered with a tea towel) for about 6 - 8 hours. The batter rose significantly during that time.
I then preheated the oven to 350 degrees.
Immediately prior to putting it in the oven I made my chia egg and combined it with the baking soda.
I added the chia/baking soda mixture to the batter and folded it in taking care not to over-mix it.
I then put it in a greased loaf pan and baked it in the over for 1 hour.
Wait until completely cooled before attempting to slice. That's a hard wait but worth it. Enjoy!
Powered by Recipage
Posted by MamaChanty at 7:55 PM